题目：Hessian matrix VS. Gauss-Newton Hessian matrix
--- why the LM method is perferred in nonlinear LS problems 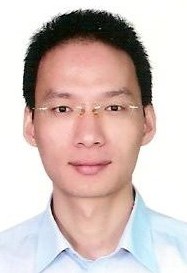 Bio：He worked as a postdoctor at Monash University for about half year, as a senior research engineer at Motorola Labs for about two years, then as a research professor at Shenzhen Institute of Advanced Integration Technology, Chinese Academy of Sciences, for about two years. Since Sept. 2008, he has been a professor at School of Information Science & Technology, Sun Yat-sen University.