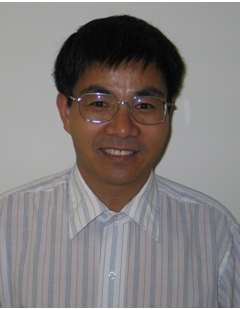 From 1990 to 1996, he was with Valor Enterprises Inc. Piqua, Ohio, initially as an Electrical Engineer and then as the Chief Engineer, during which time he designed an antenna product line ranging from 3 MHz to 2.4 GHz for the company, a very important factor for the prestigious Presidential “E” Award for Excellence in Exporting in 1994. Since April 1996, he has been with the IBM T. J. Watson Research Center, Yorktown Heights, NY, as a Research Staff Member. He has received three IBM’s Outstanding Technical Achievement Awards and one Corporate Award, the IBM's highest technical award. He was named Master Inventor in 2007. He has edited a book titled Advanced Millimeter-wave Technologies - Antennas, Packaging and Circuits published in 2009 by Wiley. He has authored or coauthored approximately 100 journal and conference papers. He has 38 patents issued and 20 patents pending. His research interests are antenna design, EM modeling, chip packaging, digital signal processing, and communications technologies.