学术报告《What can we read from face?》

Abstract：Facial image analysis attracted much attention in the past 30 years, due to its potential applications in Biometrics, surveillance, multimedia, and human-computer interface. In this talk, I will first present some our recent advances on facial expression analysis. We designed a novel encoded dynamic feature, which can efficiently describe temporal variations of face appearance and is also robust to variable time resolution. We also developed a ranking model to estimate expression intensity for efficiently discovering subtle emotion variations . I will also present our work on face alignment and face sketch recognition. We have developed a new component based face alignment framework, which incorporates prior information of face geometric structure. We also designed a new face recognition system, which aims to identify face sketch from face photo images. This new type of face recognition system is extremely useful in law enforcement applications.

Bio：Dr Qingshan Liu is a professor at Nanjing University of Information & Technology. 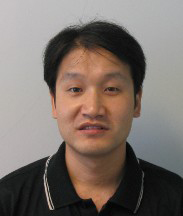 He received his Ph. D from National Laboratory of Pattern Recognition,Chinese Academy of Sciences, in 2003, and his MS from SouthEast University in 2000. Before he joined in Nanjing University of Information & Technology, he worked as an assistant research professor at Rutgers University, and an associate professor at the National Laboratory of Pattern Recognition, Chinese Academic of Science, and he worked as an associate researcher at the Multimedia Laboratory in
Chinese University of Hong Kong during June, 2004 and April, 2005. He received the president scholarship of Chinese Academy of Sciences in 2003. His research interests are Image and Vision Analysis including Face Image Analysis, Graph & Hyper-graph based Image and Video understanding, Medical Image Analysis, Event-based Video Analysis, etc. He has published more than 80 papers in journals and conferences including IEEE Trans. on PAMI, ICCV, and CVPR. He is an editorial board member of NeuroComputing and the Journal of Advance in Multimedia, and he is a guest editor of IEEE Transaction on Multimedia, Computer Vision & Image Understanding, and Pattern Recognition Letters. He is a
senior member of the IEEE.
电子工程学院 国际合作与交流处